Can We Retire Early?

A Couple Asks If They Can Retire Early

Jake and Missy originally planned to retire at 66. They are now planning to retire early at the age of 63. This raises a question: How much would their discretionary spending fall if they retired immediately? To find the answer, the couple set up a base plan in MaxiFi, which assumes retirement at 66. They also set up a What If plan that assumes immediate retirement at 63.

Under their Base Plan, Jake and Missy can spend $132,402 (in today's dollars) each year until they reach age 100 - their maximum age of life. Discretionary spending is the spending over and above their fixed expenses, which include taxes, housing costs, Medicare Plan B premiums and special expenditures. "In today's dollars" means adjusted for inflation. MaxiFi reports show how the couple finances its retirement -- partly from their Social Security benefits, withdrawals from their 401(k), and from savings (regular assets) they accumulate prior to retirement.

The What If Plan

Jake and Missy are disappointed until they realize the possibility of raising their living standard above $114,706 while still retiring at 63.

How Does This Plan Work?

There are various ways for Jake and Missey to raise their discretionary spending in either the Base or What If cases. They can work part time. They can time their retirement account withdrawals to reduce their lifetime taxes. They can downsize their home. They can move to a lower-cost state. In fact, the easiest action is to delay collecting Social Security from 66 to 70. Thanks to the system's Delayed Retirement Credit, this will raise their annual benefit by over 30 percent.

If they wait until 70 to take Social Security, their discretionary spending is $121,209 through age 70 and $122,003 thereafter. This is less than the original $132,402 yet considerably more than $114,706. Indeed, they can raise their living standard by pursuing the other strategies listed above. Furthermore, they can avoid the small bump up in their living standard at 70, which reflects their being cash constrained, by withdrawing more retirement account assets earlier than planned. 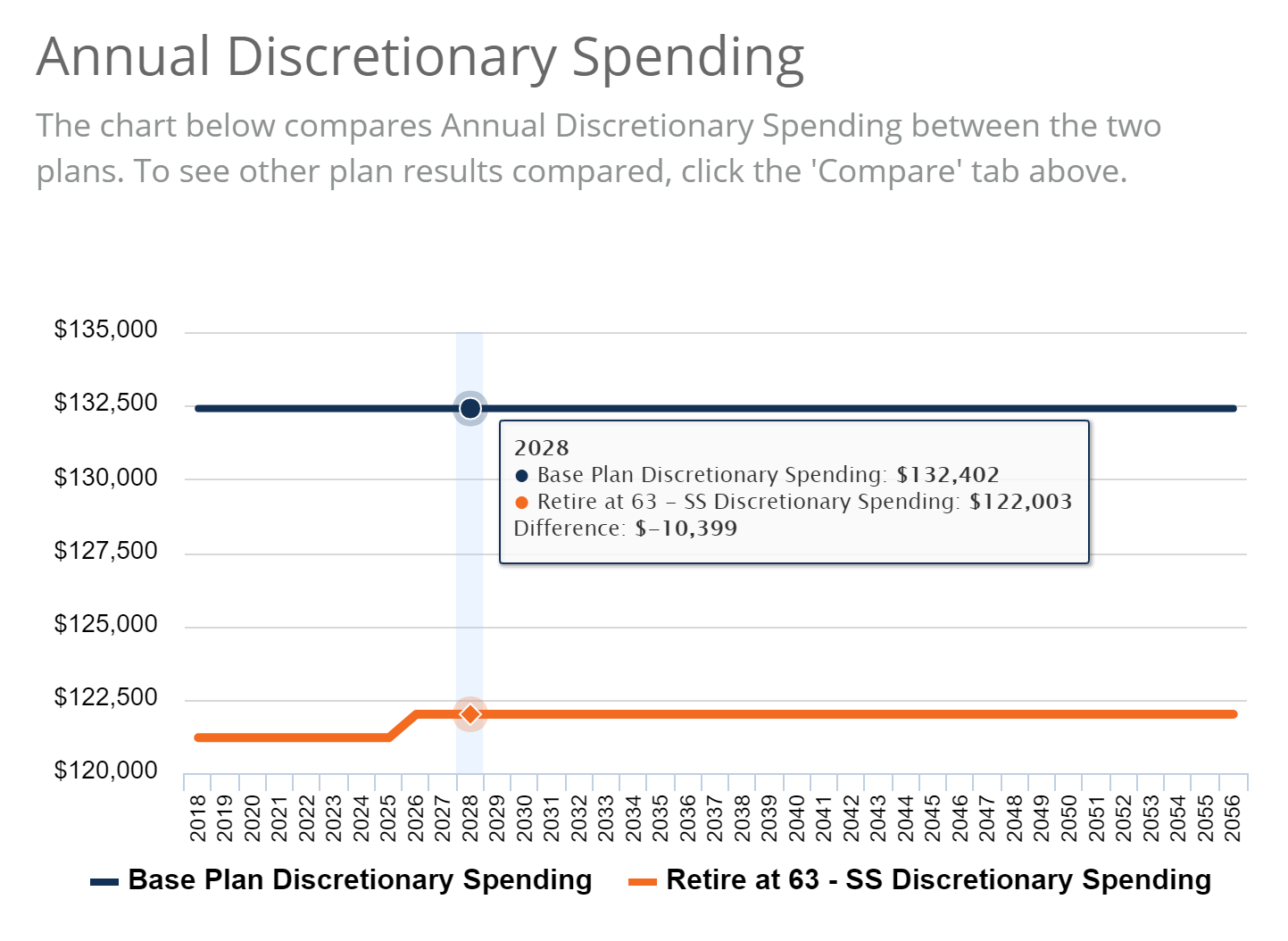 How much one values spending versus leisure in old age is, of course, a highly personal question. But, as this case study showed, MaxiFi can show the tradeoffs to the dollar. It can also help you attain the highest living standard for any chosen retirement age.